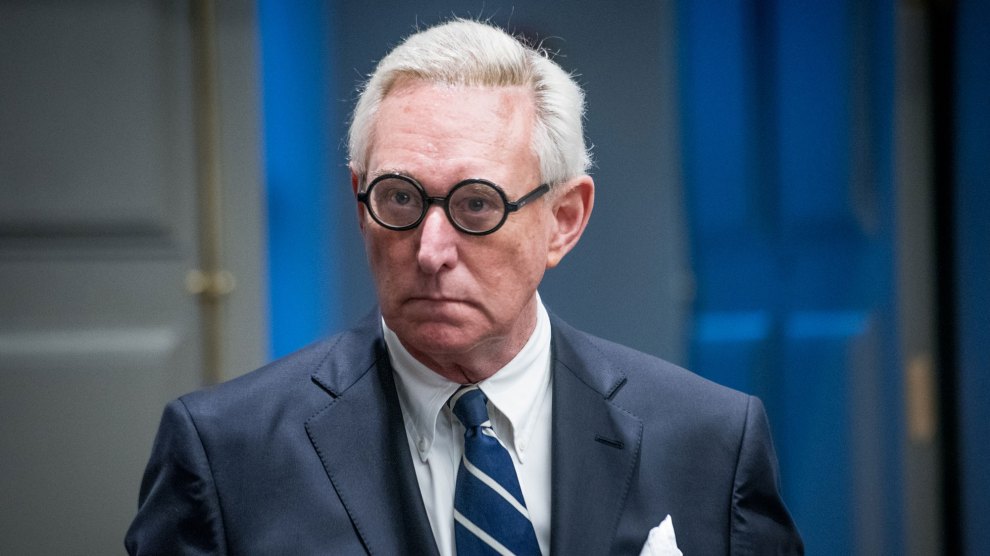 President Trump recently pardoned Joe Arpaio. He was the Sheriff of Maricopa County, Arizona. He was convicted of criminal content.

The Sheriff was in the habit of stopping persons who he thought were illegal immigrants.

A Judge told Arpaio to stop what he was doing, but he refused. He was charged because of that incident and has since been pardoned by Trump.

John McCain had an issue with that decision, so he spoke up. John McCain tweeted about the President’s decision.

He wrote “@POTUS’s pardon of Joe Arpaio, who illegally profiled Latinos, undermines his claim for the respect of rule of law.”

McCain wasn’t the only one who had a problem with what was done. Hs response however saw the brunt of Roger Stone.

Roger Stone told McCain that he would burn for all eternity.

Karma about to get you, @SenJohnMcCain and you will burn in hell for all eternity https://t.co/C2LcqEFbz9

Roger Stone is a political consultant who was a former Trump adviser. He lambasted McCain as he showed his support for Trump.

Stone’s comments could be seen as insensitive. McCain is currently undergoing treatment for brain cancer.

Stone’s motive for his tweet may seem motivated by his allegiance to Trump. Roger Stone received his own attacks by others on twitter.

Some of the comments weren’t very nice. One person even used expletive language.

It was obvious that Stone took his tweet too far.

Roger Stone received quite a few rebuttals. Some of the tweets weren’t related to his attack on McCain.

This is how you know Trump supporters are actually a cult. https://t.co/leiJYjR0ws

This might be taking it too far to put everyone in the same bracket.

In all honesty Roger Stone is just one person.

Roger Stone, your a poor excuse for a human.If anyone deserves karma payback its you.

Some persons attacked his use of hell towards McCain. They themselves believing it is he who deserves hell.

Talking karma is probably not your best play. Hell has a place for those that wish it.

The issue with the whole situation is that the divide remains. The tweets themselves show how far a single tweet can go.

How it can make others feel and how it depicts you as a person. If one person attacks another, no solution will ever be forthcoming.

previousCommentator Suing ESPN After Getting Fired For Racial Slur
nextKathy Griffin Says She Is No Longer Sorry For Severed Trump Head Joke
We use cookies on our website to give you the most relevant experience by remembering your preferences and repeat visits. By clicking “Accept” or continued use of site, you consent to the use of all cookies. Privacy Policy
Do not sell my personal information.
Cookie SettingsAccept and Close
Manage consent