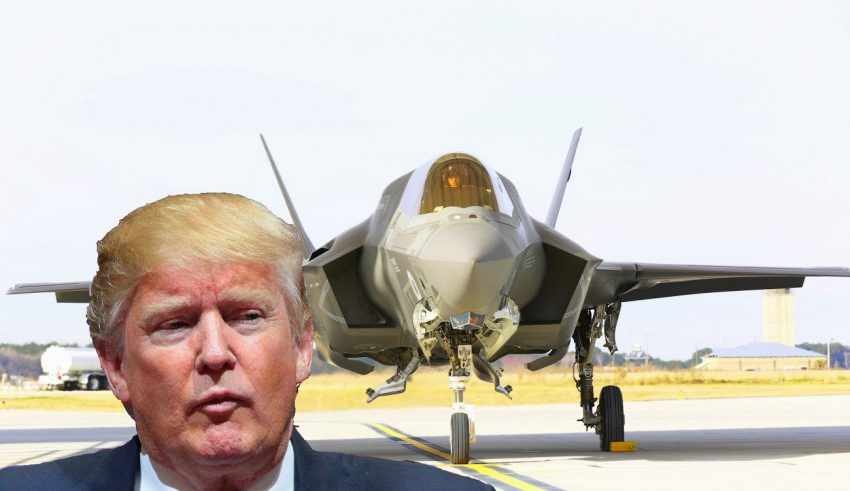 President Trump recently took some time out to visit Coast Guard members for thanksgiving. During the visit he talked about the F35 jet fighter. He also told them that America was winning the fight against the enemy.

Trump bragged about how well the plane worked and showed his approval of such a plane. The F35 was a jet made by Lockheed Martin Aeronautics. It’s top speed was an estimated 1,199 mph. The plane had a reach of 1,379 miles.

Trump seemed to be trying to encourage his people by telling them they are winning the fight. He gave many thanks to the members of the Army.

Trump said “I was asking the Air Force guys, I said, how good is this plane?” He said “they said, well, sir, you can’t see it.  I said, yeah, but in a fight — you know, a fight — like I watch in the movies — they fight, they’re fighting. How good is this?”

“They say, well, it wins every time because the enemy cannot see it. Even if it’s right next to it, it can’t see it,” Trump said. “I said, ‘That helps.’ That’s a good thing.”

This wasn’t the first time Trump bragged about the Jet. He had done something similar in October 2017.

“Everybody’s talking about the progress you’ve made in the last few months since I opened it up,” Trump told the 1st Brigade Combat Team of the 82nd Airborne Division, whose members are conducting operations in Kandahar, Afghanistan.

Trump said “we’re not fighting anymore to just walk around, we’re fighting to win, and you people are really, you’ve turned it around over the last three to four months like nobody’s seen, and they are talking about it, so thank you very much.”

US troops received many praises from Trump as they listened to what he had to say.

“They say we’ve made more progress against ISIS than they did in years of the previous administration,” he said. “And that’s because I’m letting you do your job.”

Trump was making a comparison between how he operated compared to former President Barack Obama.