August 15, 2020
Home News President Trump’s Lawyer Calls For End Of Russian Probe As Another Is Fired 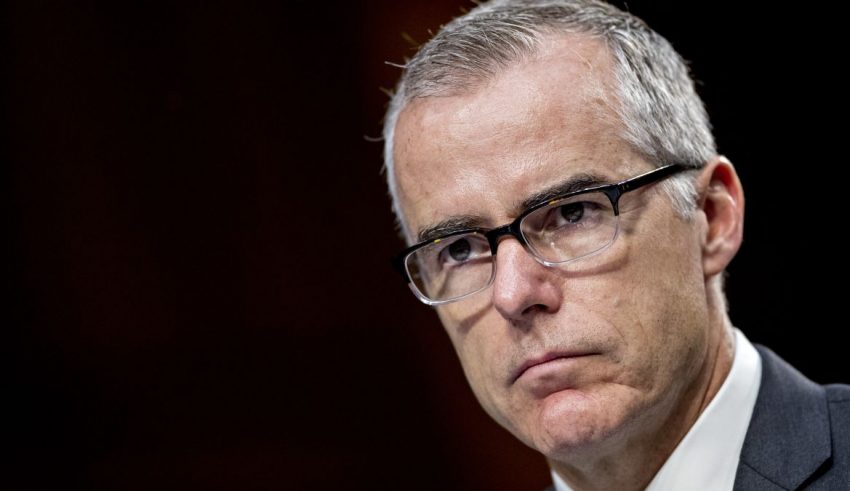 More drama unfolded as President Trump fired FBI Deputy Director Andrew McCabe. The latest firing was seen by some as a political move. Others thought the act could come back and haunt the President.

It was later reported that McCabe had documented his conversations with Trump and they were now in Robert Mueller’s possession. This follows the same pattern of former FBI director James Comey.

Comey also promised Trump that the American people would be hearing his story very soon.

This doesn’t sound like good news for Trump who had been dealing with many issues since taking the Presidency.

Trump’s attorney John Dowd wanted to see the end of the investigation.

“I pray that Acting Attorney General Rosenstein will follow the brilliant and courageous example of the FBI Office of Professional Responsibility and Attorney General Jeff Sessions and bring an end to alleged Russia collusion investigation manufactured by McCabe’s boss James Comey based upon a fraudulent and corrupt dossier,” Dowd told CNN in a statement, reacting to the news of former FBI deputy director Andrew McCabe’s firing.

The GOP claimed there was no evidence of Russian collusion, but could they be hiding something?

Was there a reason now that the pressure was intensifying around Trump’s finances that another call was made to end the probe?

It was no secret that Trump wasn’t pleased with what was happening in the FBI. The question that was most concerning was why he wanted more to be done about others and nothing about himself?

McCabe was now the latest casualty in a quick burst of firings by Trump.

“This attack on my credibility is one part of a larger effort not just to slander me personally, but to taint the FBI, law enforcement, and intelligence professionals more generally,” McCabe said. “It is part of this Administration’s ongoing war on the FBI and the efforts of the Special Counsel investigation, which continue to this day. Their persistence in this campaign only highlights the importance of the Special Counsel’s work.”

It was believed that McCabe may have damaging information on the President. If he does he was expected to release this information forthwith.

“There are a host of inappropriate actions by the President that don’t necessarily rise to the level of criminality that McCabe may feel obliged to disclose publicly now,” Matthew Miller said. “It’s very much in McCabe’s interests to reveal any inappropriate actions by the President that he was aware of because it helps make his case that he was fired for political reasons. He may do that in interviews, and he may do it in a lawsuit he brings over his firing.”