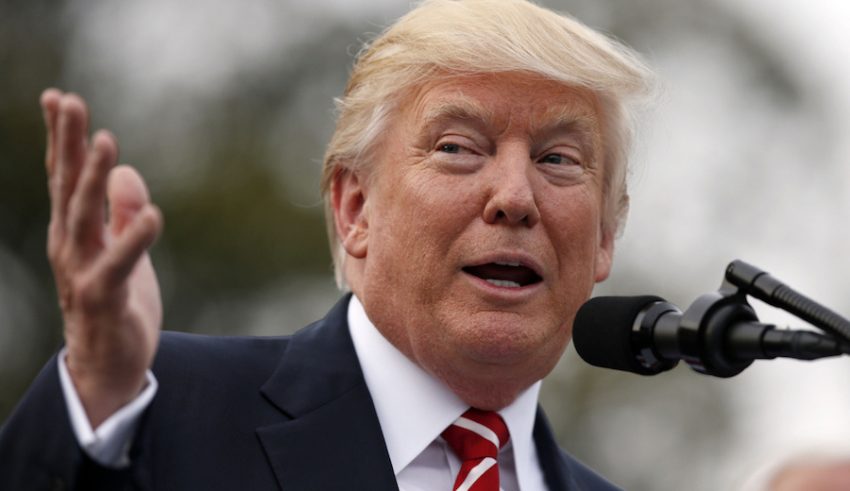 Trump who had called the Council a cesspool, signed an Executive Order to keep them together.

He made the decision after numerous Countries and peoples cried out for what they considered an injustice.

Melania Trump the wife of President Trump also showed discontent for what was ongoing.

It appeared that the pressure about the atrocities was enough to force the President’s hand.

This was a decent move by the President, but some believe it wasn’t enough as now the families were detained together.

Families would stay together under this new law, but they would remained detain until a decision was made.

It was made clear that these families would face some level of prosecution for entering the U.S. illegally.

“We’re going to have strong, very strong borders, but we’re going to keep the families together,” Trump said. “I didn’t like the sight or the feeling of families being separated.”

Some felt it was a tactic by the President to have everyone together making it easier to prosecute.

It was said that after 20 days the Government may be forced to release those detained because of a law about detaining children.

“Everyone in the White House is relieved with the outcome as it stands, said a senior official. “But we are all utterly confused why we went through this exercise.”

Democrats felt that the order didn’t do enough to really help the situation.

The Executive Order “seeks to replace one form of child abuse with another,” Nancy Pelosi said. “Instead of protecting traumatized children, the President has directed his Attorney General to pave the way for the long-term incarceration of families in prisonlike conditions.”

Trump had said recently that other Countries weren’t sending their best persons into the U.S.

“They’re not sending their finest. We’re sending them the hell back. That’s what we’re doing,” he said.

With statements like these we can expect what the end result would be for those who crossed the border illegally.

“There will not be a grandfathering of existing cases,” said Kenneth Wolfe. “I can tell you definitively that is going to be policy.”

Wolfe, a spokesman for the Administration for Children and Families, a division of the Department of Health and Human Services talked about what the order could mean.

It was evident that the President found a way to quiet the noise a bit by the order. However his intention was to find way to send the immigrants home.