November 28, 2020
Home News Could The Nikki Haley Mix Up Could Be Bad For Her And The White House 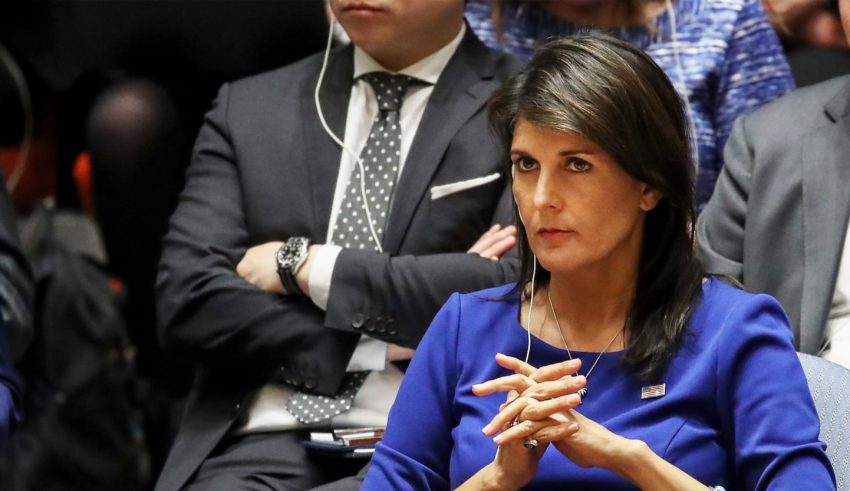 Nikki Haley was recently thrown under the bus by her Superior. She had said that more sanctions were coming to Russia, but Trump said the opposite when he spoke the next day.

Some took it as a mix up between the two, but it could also mean that Trump changed his mind after giving Haley the go ahead.

The belief was that Haley wouldn’t speak in such a manner without first talking to the President. So it possibly meant that he decided to take another route without discussing the matter with her.

Trump was well known for throwing his colleagues under the bus, so this came as no surprise.

Whatever the reason it placed Haley in a peculiar position. Could what she said hereafter be trusted? Her credibility was placed on the line by the man she represented at the U.N and other places.

A White House official claimed that Haley was confused about what actions the U.S. would take regarding Russia.

She responded that she was in no way confused by what she said and it was clear that there was a document to prove this.

“She got ahead of the curve,” Larry Kudlow said. Kudlow, the President’s National Economic Adviser made this statement to reporters.

“She’s done a great job. She’s a very effective ambassador, but there might have been some momentary confusion about that,” he continued.

Kudlow later called Haley and apologized after she responded that she wasn’t confused.

This document proved that Haley was clear about what she said and there had to be a change of heart on the decision.

“We also intend to impose specific additional sanctions against Russia to respond to Moscow’s ongoing support for the Assad regime, which has enabled the regime’s atrocities against the Syrian people,” said a document.

“It damages her credibility going forward and once again makes everyone, friend and foe alike, wonder that when the United States says something, approves something, calls for something, opposes something, is it for real?” said Rep. Gerald E. Connolly. “Should we wait to see what Trump does the next day?”

Haley had the backing of some who believed she wasn’t trying to undermine the White House.

“Coordinated messaging by our Government on matters as serious as these is very important, so it is best that an episode such as this one not be repeated,” said John Negroponte. He continued that he believed Haley “has absolutely no interest in undercutting, contradicting or getting out in front of the White House.”