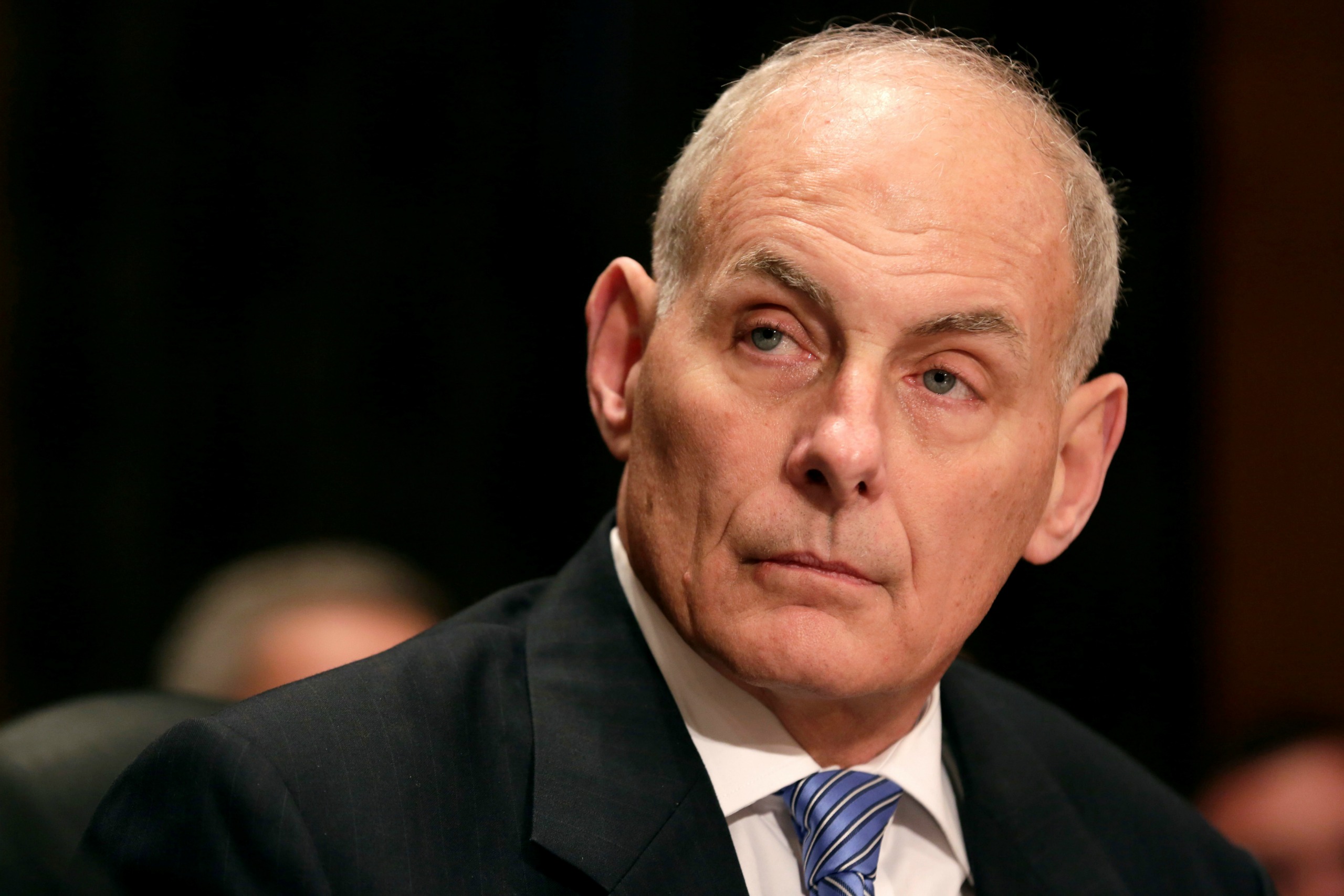 Reports have circulated over the media for weeks about John Kelly impeding resignation. It was believed that he was very unhappy with his Commander in Chief.

Reports indicated that he was appalled about how the President handled himself. The use of twitter and what he said during briefings.

Pictures of him surfaced showing his many moods as the President spoke at times. A close look at the photos showed a man with deep concern for what was said at that point.

Kelly certainly had his share of the media. Now it seems that the Chief of Staff has had enough. He recently held his first briefing. He talked to reporters and answered many of their questions.

John Kelly said in a recent news briefing that he isn’t quitting. He said “no, I’m not frustrated.”

Kelly said “this is really, really hard work, running the United States of America. I don’t run it. But I’m working for someone who’s dedicated to serving the country in the way he’s talked about for a number of years.”

Kelly was responded to a reporter who wanted to know if he was frustrated.

He made it clear in his opening statement that he isn’t quitting. He also doesn’t think he will be fired.

Kelly said “I am not so frustrated in this job that I’m thinking of leaving. Unless things change, I’m not quitting, I’m not getting fired, and I don’t think I’ll fire anyone tomorrow.”

John Kelly has definitely had it rough. Since his installment as Chief of Staff he has worked tremendously hard.

He has done well in keeping the White House staff in check to a point. Kelly has dealt with some major players at times.

He recently held a meeting with Rex Tillerson and James Mattis regarding certain concerns. Kelly has been instrumental in keeping everyone in check.

Keeping Trump in check has proved much harder. That is especially true when it comes to twitter.

He has fired those he considers incompetent to the administration. Some have resigned as an option to being fired.

Kelly’s biggest challenge to date is the President. He has his hands full trying to keep the President from losing it.

Sen. Bob Corker believes that with a man like Kelly around things should be fine. He had called the White House an adult day care center.

This was interpreted to mean that the staff has to monitor Trump. To treat him as you would a child.

Whether such reports are true or not, the President does need sensible men and women around him.

The Country needs people like these around the President. Every decision he makes will affect the Country.

It is good that Kelly plans to stay. The Country can breathe a little easier knowing he will stick around.

previousTrump’s Attack On Obama Care Stirs Emotional Backlash
nextTrump Has Taken Health Care To A Downward Spiral
We use cookies on our website to give you the most relevant experience by remembering your preferences and repeat visits. By clicking “Accept” or continued use of site, you consent to the use of all cookies. Privacy Policy
Do not sell my personal information.
Cookie SettingsAccept and Close
Manage consent