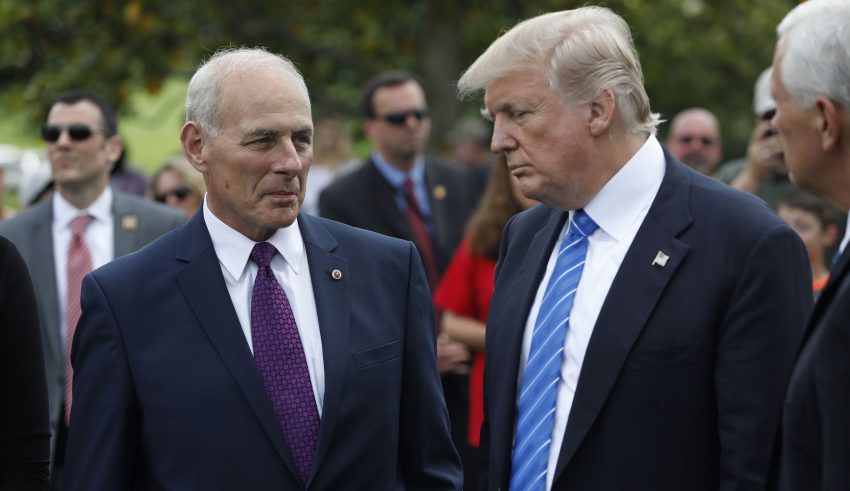 Former General John Kelly was once seen as the man to keep President Trump under control. There were great expectations when he first became the Chief of Staff.

In his early tenure as Chief of Staff, it seemed as if it was all working out. However that was short lived as Trump soon returned to his old ways.

Despite Kelly wielding some level of power he was eventually unable keep things under wraps. These days Kelly had less of an influence over the President, if any at all.

It was reported that Trump even asked other staff if they thought Kelly was doing a good job.

There was a well-known saying “how the mighty have fallen” which could be applied to Kelly and many who have once been part of Trump’s cabinet.

The saying however was more striking for Kelly who at one stage seemingly had great power. He was not only in charge of staff at the White House but the President listened to him.

Now that had all changed and Kelly was now in a position he never hoped to find himself.

“Everybody in the orbit of Donald Trump gets sucked in and tarnished or destroyed,” said Chris Whipple, author of “The Gatekeepers,” a history of White House chiefs of staff. “Kelly has been tarnished, no doubt about it.”

One of the issues that frustrated Kelly was how rump just blatantly fired those he considered obsolete.

It was reported that even among others at the White House he had lost favor.

“When you lose that power,” said Leon Panetta, “you become a virtual White House intern, being told where to go and what to do.”

Glassman was the founding Executive Director of the George W. Bush Institute.

It was said that by a source that Trump “doesn’t like a lot of the stuff he has done. He often gets angry and says, ‘Who does this guy think he is?’ But Kelly has a longer chance of surviving because Trump respects him.”

Kelly often talked about resigning according to some sources. It was believed that it was just a matter of time before something happened.