March 08, 2021
Home Opinion Ivanka Trump For President? Ivana Trump Reveals It As A Possibility In Her Book 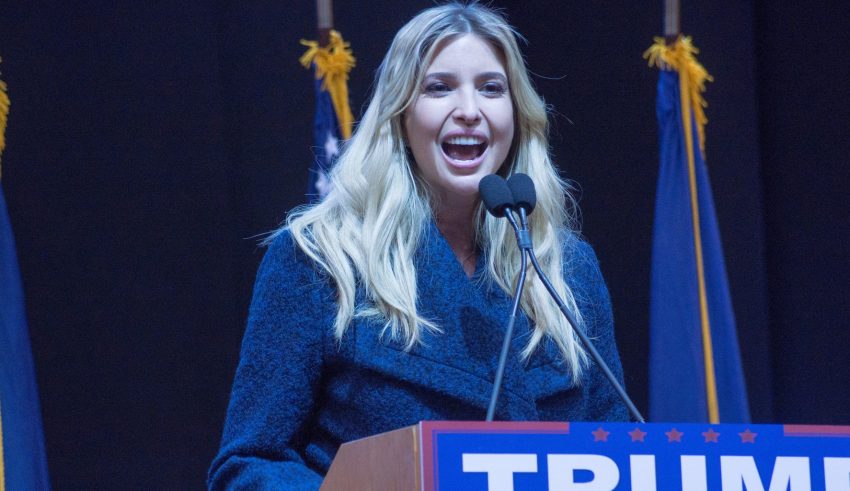 Ivanka Trump is the daughter of President Donald Trump. Her mother recently wrote about her in a new book.

The book entitled “Raising Trump” mentions her daughter running for President in the next 15 years. Donald Trump’s first wife Ivana Trump believes her daughter can win. She says she doesn’t mind being the “First Mother”.

Another family who had a parent and child both elected are the Bush family. If Ivanka could pull this off the Trumps would join that group.

She has gained some level of experience in the political arena. That is due to her having the opportunity to work as an assistant to her father.

Ivanka Trump uphill climb to be President is a hard one. She has found herself in a tight position at the moment.

Ivanka and her husband Jared Kushner have been in the news frequently. The latest being a problem with private email accounts.

This has brought some level of skepticism about their transparency. The media made a meal of their email problems. This caused the Trump Administration to place their accounts elsewhere. This made the accounts accessible to higher ranking officials.

The pair was accused of using the accounts to transact business apart from their duties at the White House.

She also faced allegations of fraud with her brother Donald Trump Jr. Situations like these will come back and make your campaign a living nightmare.

Her father’s current track record could prove a big hurdle. She has tried to speak in a supportive manner for her father.

This hasn’t worked out too well for her though. Just recently she talked about Trump being supportive of women.

She was met with boos from those at the W20 Summit that was held in Germany. It seems the largest hurdle she will face is the legacy her father leaves.

The problem isn’t only at home but abroad. Many leaders don’t see eye to eye with the President. To have a good legacy he must be able to garner respect from other World leaders.

Ivanka won’t be taken seriously if her father failed in his role as President. Her try at the Presidency will have to start now.

As an assistant to her father she has to help make his legacy great. That could prove a tall order, but anything is possible.

She was asked about running for President. Her answer indicated she would do it. She said “I have learned in life to never say never! It is too limiting!”

So it is possible to see Ivanka Trump for President in the future. As it stands, no woman has ever been President.

Unless another women runs for the Presidency before 15 years and wins, she could be the first female President. But she must run and she must win to earn that title.