March 04, 2021
Home News Immigration Deal Hits A Snag And Changes Likely If A Deal Will Be Made 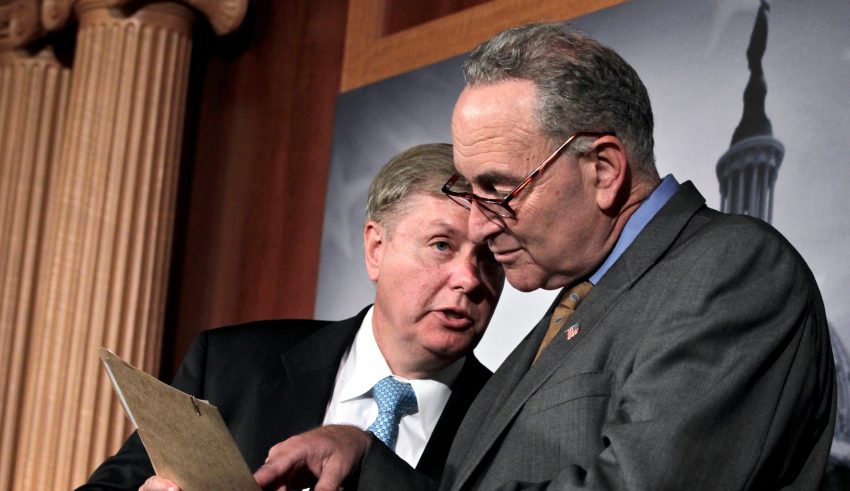 There was quite a lot of drama leading up to and after the immigration deal meeting. According to reports members of Trump’s staff got involved after they learned about the deal.

Sens. Richard Durbin and Lindsey Graham were on their way to meet Trump at the White House. The word spread that the deal wasn’t favorable for Trump. This led many to quickly head to the meeting, Trump also asked certain persons to come over.

The number of people at the meeting eventually grew in size. Instead of discussing a deal it was clear that he held a different view from his original talk with the Democrats.

Trump reportedly was no longer interested in the deal and called African Nations, Haiti and El Salvador by a degrading term.

Colbert asked “do you have any doubts that Sen. Durbin is telling the truth when he says that the President said, repeatedly, that, why do we let in people from these shithole Countries?”

Schumer replied “I have no doubts. First, Donald Trump has lied so many times, it’s hard to believe him on anything let alone this.”

“But second, I’ve known Dick Durbin for 35 years, he was my roommate for 20 years…he is one of the most honorable people I’ve met. I have never known him to prevaricate, to lie,” he said.

The White House said the deal wasn’t a good one for the President and went against his agenda.

“Once we saw what was going on in the meeting a few days earlier, we were freaked out,” said Mark Krikorian,. Trump, he said, “has hawkish instincts on immigration, but they aren’t well-developed, and he hasn’t ever been through these kind of legislative fights.”

Mark Krikorian runs the Center for Immigration Studies and wasn’t the only one to who felt that way.

“Based on what they proposed originally, Durbin and Graham are running a marathon, and they’re only in Mile 2,” Meadows said.

Graham gave comments regarding the deal and what he hoped to see happen.

“I expect that we’ll get more Republican support for the proposal because it’s really the only game in town. I expect there will be more negotiations, we didn’t write the Bible,” Graham said.

“We wrote a proposal that over time we can make it better,” he added.