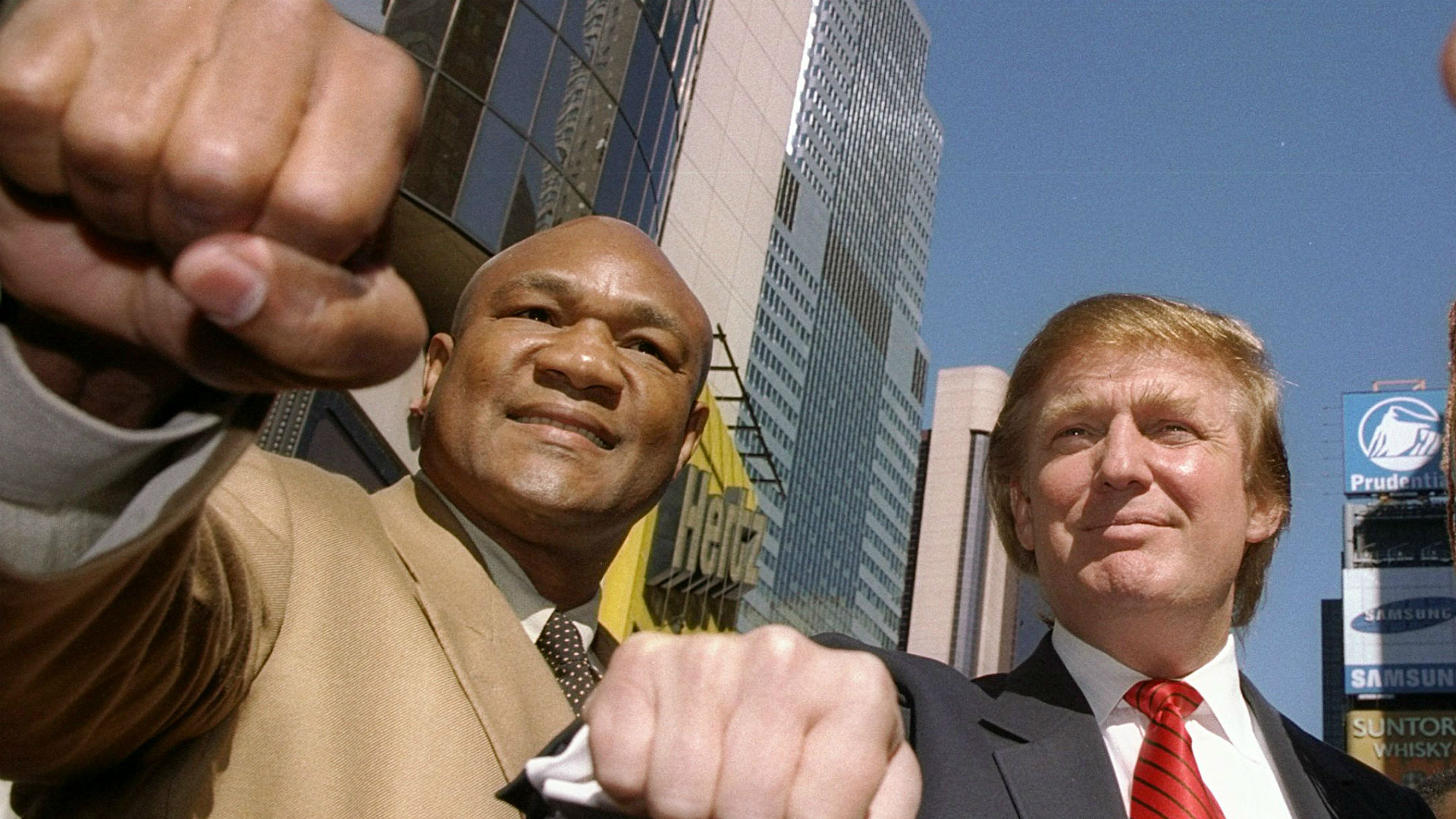 Controversy still stirs around Colin Kaepernick and his behavior during the National Anthem. This behavior has left Kaepernick out to sea. Since no one has offered him a contract.

To make matters worse the President took a swipe at Kaepernick. He even bragged that no team will hire him.

Now George Foreman is taking a whack at him. He said he believed patriotism is a privilege. Foreman also blasted Kevin Durant.

He said the two men should be thankful instead of seeking attention.

Foreman said “I love the United States. I love the flag. But there are a lot of people who haven’t found that reason. They don’t strive.”

George Foreman said Trump is a great President. He made comments on a Podcast recently.

He said “we came in the era we were patriotic. The greatest day of my life was when I put on my colors, representing the United States in the Olympics.”

But why did Foreman showed so much praise for Trump?

He said that Trump had assisted him financially when he was down and out. He said he will always be grateful to Trump.

Could this be the motive for his lash out at Durant and Kaepernick? Or is it more about patriotism?

He said a lot of people don’t like Trump. Yet he has been elected President so lots of people do as well.

Durant refused to visit the White House to meet with the President. He was called unpatriotic by Foreman because of his actions.

Patriotism is good, as long as you stand for the right thing. One can’t help but wonder if Foreman’s tune would be different without Trump’s help.

If Trump hadn’t help out all those years ago what would he have to say?

Unfortunately that isn’t the case. A person would have to conclude based on their conscience.

Was Kevin Durant and Kaepernick in the right? Should Durant have taken such a stand? What about Kaepernick and his refusal to stand for the National Anthem?

Even now some have taken to protest on Kaepernick’s behalf. Despite doing so he hasn’t received any offers.

Many have stood behind Durant and support his decision. Does this in anyway make their choices correct?

Was it within their rights to object? What about Foreman, does he have a point?

There are arguments on both sides. Both parties have good points to support their decisions.

What might be more compelling are motives. Also what are the motives behind it all?  What is given as the reason might not be the true motive.

Then are those motives justified? So many components come into play. What is certain, unless there is a change of attitude, nothing will change.

previousClimate Change Brings Natural Gas Pipeline To A Halt
nextWhy Did CNN Call Trump Supporters White Supremacist?
We use cookies on our website to give you the most relevant experience by remembering your preferences and repeat visits. By clicking “Accept” or continued use of site, you consent to the use of all cookies. Privacy Policy
Do not sell my personal information.
Cookie SettingsAccept and Close
Manage consent