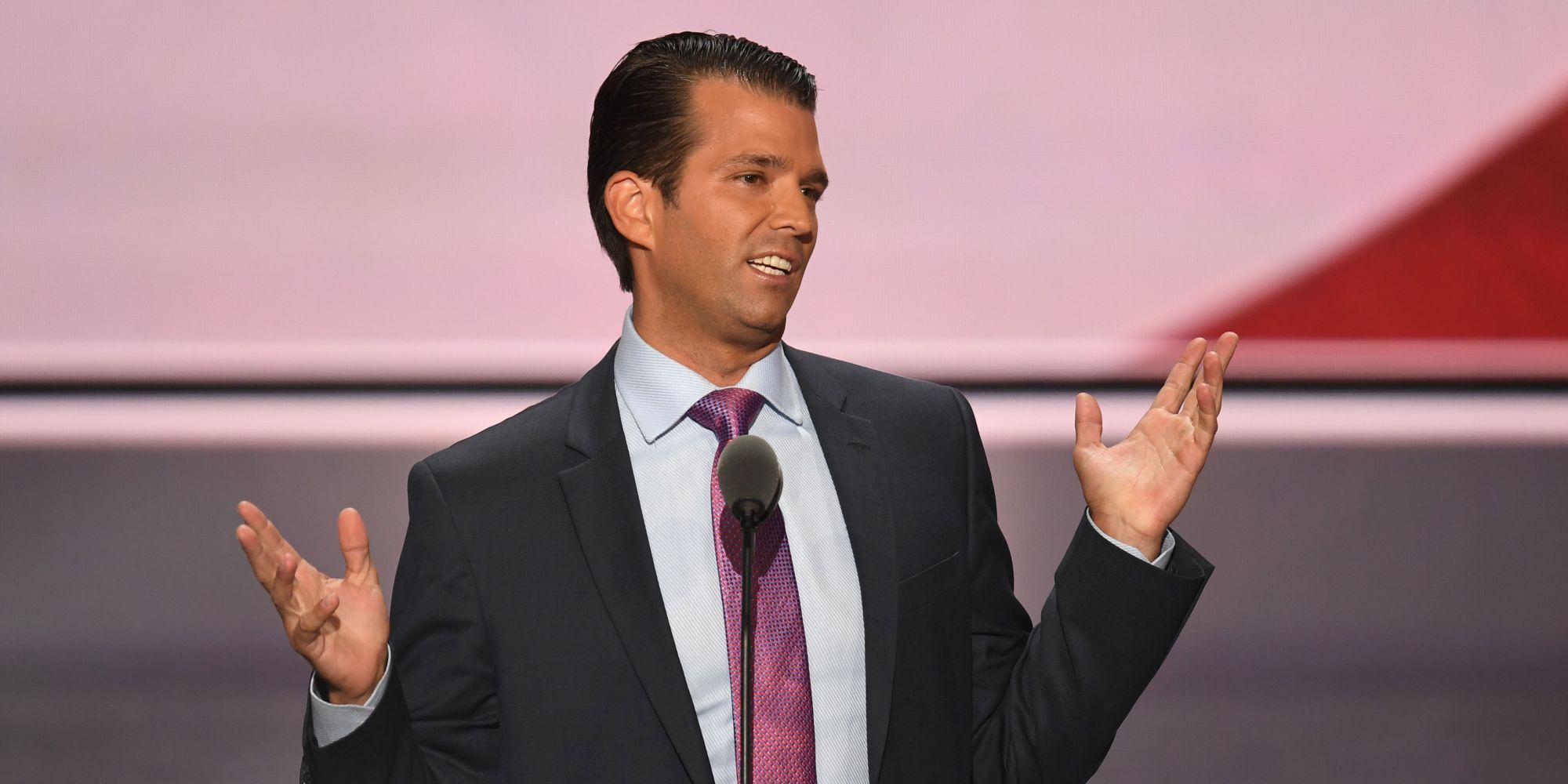 The White House dismissed lawmakers statements as ridiculous after they used words like “treason”. The matter isn’t sitting well with the White House. It has garnered a response from The President, issued by his Deputy Press Secretary. This is based on the notion that Donald Trump Jr. and a Russian lawyer with Kremlin ties met in June 2016. The meeting was to gather harmful information on his father’s then political rival Hilary Clinton.

Deputy Press Secretary Sarah Huckabee Sanders read a statement from the President which said “My son is a high-quality person and I applaud his transparency.” She also added that the President wanted investigations to continue in Congress and the Justice Department with a special counsel. Sanders seemed to be avoiding questions and also made it clear she wanted the matter come to a close.

In light of this new revelation, Democratic lawmakers are now putting more pressure on the White House over alleged ties to Russia by Trump during his campaign.  “Nothing is proven yet, but we’re now beyond obstruction of justice, in terms of what’s being investigated” said Sen. Tim Kaine to reporters. Senator Kaine was a Vice Presidential Candidate in 2016. He also believes this could be heading to perjury as using false statements is treason.

When asked about the situation Sanders replied “Those new words are ridiculous.”

Trump Jr. tweeted an email chain about setting up a meeting with a Kremlin affiliated lawyer involving a group of persons. Those mentioned were White House adviser Jared Kushner Trump Jr.’s brother-in-law, Trump’s campaign chief Paul Manafor and the lawyer herself Natalia Veselnitskaya.

An email from music publicist Rob Goldstone read “This is obviously very high level and sensitive information but is part of Russia and its government’s support for Mr. Trump.” Goldstone had previously sent an email to Trump Jr. with the subject line “Russia – Clinton – private and confidential.” The email mentioned a Russian pop star whose  name is Emin Agalarov, he reached out to Goldstone on his father’s behalf. His father, Aras Agalarov, who is a Russian real estate developer, was instrumental in the 2013 Miss Universe pageant in Moscow.

On June 3rd 2016 Goldstone wrote “Emin just called and asked me to contact you with something very interesting.” He also wrote “The Crown prosecutor of Russia met with father Aras this morning and in their meeting offered to provide the Trump campaign with some official documents and information that would incriminate Hillary and her dealings with Russia and would be very useful to your father. This is obviously very high level and sensitive information but is part of Russia and its government’s support for Mr. Trump — helped along by Aras and Emin.”

17 minutes later Trump Jr. responded by asking to meet, suggesting that the information could be helpful later in the Summer time. Trump Jr. wrote Goldstone saying “Thanks Rob I appreciate that, “I am on the road at the moment but perhaps I just speak to Emin first. Seems we have some time and if it’s what you say I love it especially later in the summer.”

nextFrench President’s Wife Complimented On Her Great Shape By Donald Trump
We use cookies on our website to give you the most relevant experience by remembering your preferences and repeat visits. By clicking “Accept” or continued use of site, you consent to the use of all cookies. Privacy Policy
Do not sell my personal information.
Cookie SettingsAccept and Close
Manage consent