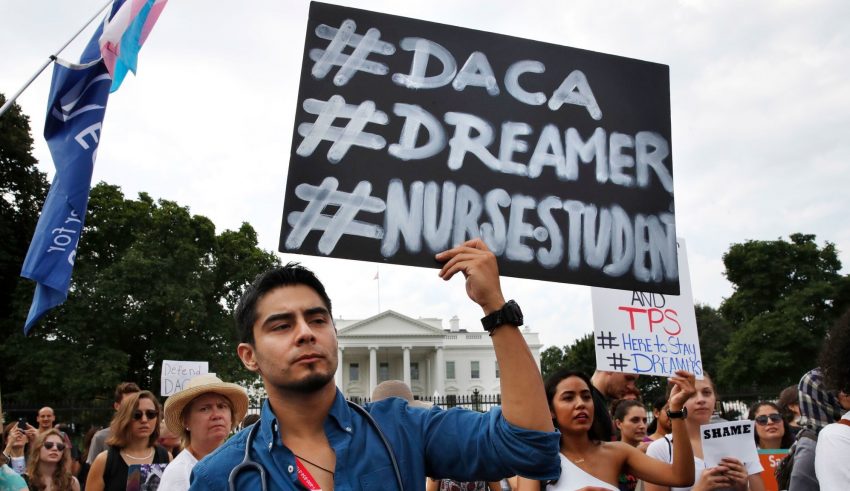 In a bid to get the President to support DACA Democrats threatened not to support the spending bill vote. Democrats have been pushing hard to get Trump to change his mind about helping Dreamers.

They want protection for Dreamers by having DACA retained.  Trump has been hitting hard at immigration laws. DACA falls into that category which makes negotiating even harder.

Democrats recognized that the only thing they have to bargain with is their needed votes. It won’t be long before we see if they will get their wish.

Bernie Sanders and Cory Booker have joined Democrats in support of DACA.

Booker had a lot to say about their intention to avoid voting. Booker said “these are hardworking young people who were brought to this country as kids by their parents — they don’t know any other home but the United States.”

“I want solutions to protect these kids, and won’t vote for a spending bill that doesn’t include one,” Booker continued.

Senator Kamala Harris said “I will not vote for an end-of-year spending bill until we are clear about what we are going to do to protect and take care of our DACA young people in this country.”

Another issue that affects Trump’s budget is the border wall. Democrats have issues with that wall along with other spending plans.

The question to ask is if these are idle threats or serious words? Will Democrats refusal to vote be enough to bend Trump?

“Trump must make good on his promise to sign a bill protecting Dreamers,” tweeted Sanders. “I won’t vote for any spending bill without a permanent DACA fix.”

Senator Tom Cotton said “we definitely ruled out putting any kind of DACA package on the omnibus bill, period end of story.”

It certainly seemed like the Democrats are serious about what they are saying. The budget deadline is December 8 2017.

The bill needs 8 votes from Democrats. If Trump is able to gain the trust of enough Democrats the threat is useless.

To accomplish this is another thing though. Trump had already made inroads with a couple Democrats.

Will he continue along that path or will he choose the easy way remains to be seen. The easy way is to give Democrats DACA.

But looking at Trump’s track record it is unlikely that he would budge. Until the deadline gets closer it is all speculation.

What is certain is something must be done if Government wants to get the spending bill approved.