November 28, 2020
Home Opinion Decisions In Hang In The Balance As Alabama Election Gets Closer 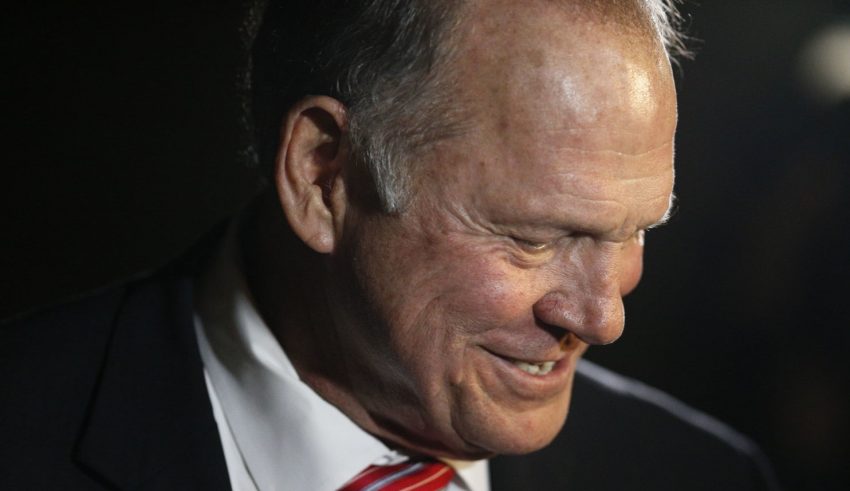 On December 12th 2017 the constituents of Alabama will vote in who they want as their representative. The decision became a very hard one after Roy Moore was accused of sexual misconduct.

The accusations created a firestorm of requests to step down. Moore refused to step aside and denied all allegations as false.

As time went by more women accused Moore of a similar behavior while they were teenagers. Moore received support from many church leaders in Alabama.

However he suffered in the financial department. His opponent Doug Jones was better supported in that area. Jones spent a significant amount on radio ads condemning Moore’s because of the allegations.

The decision would soon be made, which would decide Moore’s fate.

Moore said “they are liberals, they don’t want conservative values.” He said they’re socialists who want to change our way of life, putting man above God.” And, he added, “They are the Washington establishment.”

Jones wanted to engage in a debate but Moore refused.

Moore continued to proclaim his innocence despite all the claims being made. The choice of Moore as representative was deeply rooted in beliefs.

What the people opposed was considered worse than the allegations against Moore.

Trump’s support of Moore had received scrutiny. Some of the GOP leaders wanted Moore to step aside. Moore however got the support of the GOP of Alabama.

Try as he might, Mitch McConnell was unable to touch Moore. So now it would be left to voters to decide his fate.

Trump’s reasons for supporting Moore are questionable but he has flung his support behind him nevertheless.

Chris Ruddy said “Trump sees the vote as important. He also doesn’t like the media jihad against Moore, with accusations dropped just a few weeks before the election. Trump certainly doesn’t like it because he was victimized by it in his mind.” Ruddy said he was a close friend of the President.

“We don’t want to have a liberal Democrat in Alabama, believe me,” Trump said.

Trump’s reasoning was very frightening, would voting Moore in be the right thing if he was indeed guilty?

Should the people a person represents left to feel unprotected for the sake of an agenda? Hopefully that won’t be the case; else the Country had much more to fear.