Trump’s Take On NFL Protest Creating Chaos For The Sport 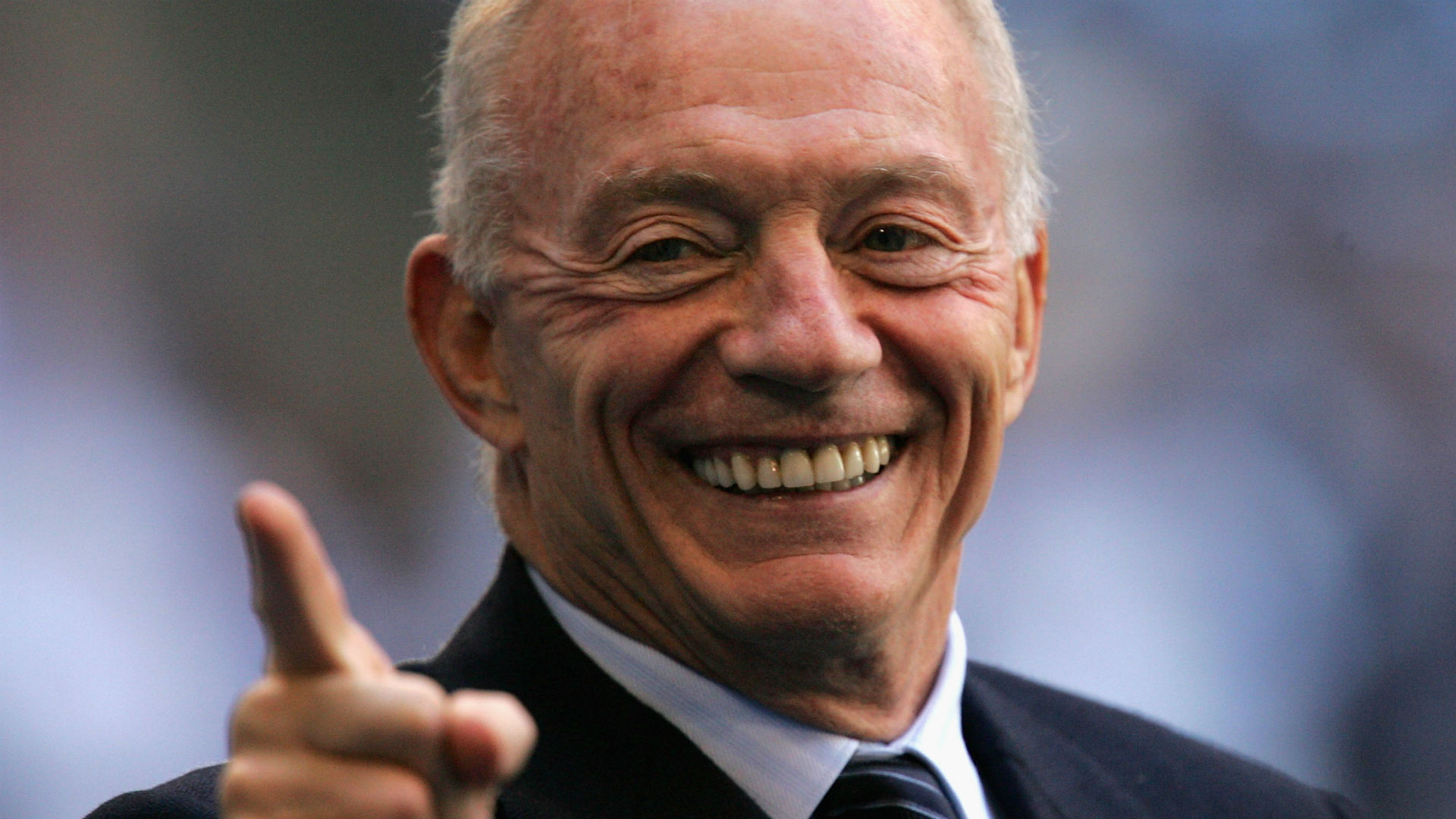 President Trump had made it clear that players in the NFL should stand for anthem. He also wanted owners to fire anyone who wouldn’t obey.

Trump created controversy after he made comments about the matter. This came about after Colin Kaepernick knelt during the anthem in protest.

A few other players eventually joined in the protest. The protest however grew on a much larger scale after Trump pressed owners to fire players.

The following week saw many teams, players, staff and some owners kneeling in protest.

One of those who joined his team was Jerry Jones. He joined his players with hands locked and knelt before the anthem played. They however stood during the playing of the anthem with hands still locked

Jones however made it clear that if any of his players disrespected the flag they would be benched. He made the statement after being asked about Mike Pence.

The Vice President recently left a game after players protested. Mike Pence had said he couldn’t stay after what took place. He thought him staying would be a sign that he approved.

The President showered praise on Mike Pence for his act. He even tweeted that he told Pence to leave if it happened.

Jones said “if there’s anything that is disrespectful to the flag, then we will not play.”

“OK? Understand? If we are disrespecting the flag, then we won’t play. Period,” he said.

The NFL players union met Jones remarks with one of their own.

DeMaurice Smith said that Jones comments go against what the Commissioner said. Smith is the Executive Director of the NFL Players Association.

Roger Goodell had said that players are free to express themselves without retribution. Roger Goodell is the Commissioner of the NFL.

Smith said “I look forward to the day when everyone in management can unite and truly embrace and articulate what the flag stands for, liberty and justice for all.”

Smith also said regarding protests “instead of some of them just talking about standing. We look forward to continuing our talks with them on this very issue.”

Other teams formulated a plan to avoid conflict about the protests. One such team was Miami Dolphins. The coach for that team said it was either the tunnel or stand during the anthem.

Michael Thomas said “we were just trying to keep the team focused and not be a distraction.” Thomas plays for the Miami Dolphins.

He also said “it was a team decision. … The league heard us. They’ve heard the cry of the players.”

Pittsburg Steelers chose to stay off the field during the anthem.

What started as a peaceful protest has gotten out of hand. The issue is a deep one that is entrenched in the rights of others.

The protest started because African Americans have been treated unfairly by law enforcement. The matter concerning the Flag is very similar.

The protests are about the rights of others. The rights of all Americans should never be overlooked.

previousSteve Bannon Staying True To Form By Asking Sen. Bob Corker To Resign
nextThe Obamas Speak As The Harvey Weinstein Allegations Widen
We use cookies on our website to give you the most relevant experience by remembering your preferences and repeat visits. By clicking “Accept” or continued use of site, you consent to the use of all cookies. Privacy Policy
Do not sell my personal information.
Cookie SettingsAccept and Close
Manage consent