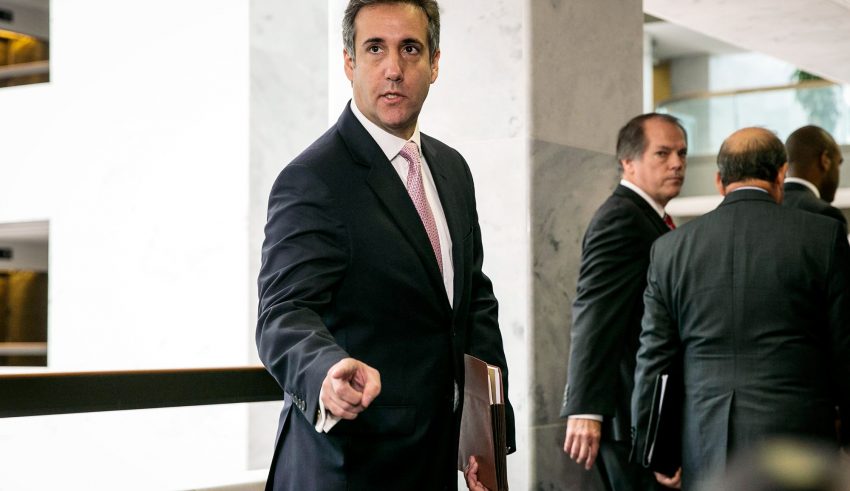 Robert Mueller was now looking to press harder in the Russian probe. The probe had been full of many twists and turns throughout its time period.

At one point it seemed as though the matter would end as varying information was compiled. Then it looked as though there was more to the mater than previously thought.

President Trump had said no collusion many times, while his allies called for an end to the probe.

Now new evidence and a breakup between a President and an attorney could provide fresh fuel for the Russian inquiry.

Michael Cohen had now decided to take matters into his own hand and move away from any dedication to Trump.

It was said that Cohen’s twitter and LinkedIn accounts once showed him as personal attorney to Trump.

He had now removed that from his personal biography, a sign that he was not going to take heat for anyone else.

“I don’t agree with those who demonize or vilify the FBI. I respect the FBI as an institution, as well as their agents,” Cohen said. “When they searched my hotel room and my home, it was obviously upsetting to me and my family. Nonetheless, the agents were respectful, courteous and professional. I thanked them for their service and as they left, we shook hands.”

Cooperation from Cohen would go a long way in helping Mueller with his investigation. How much of a help it would be regarding Russian collusion remained uncertain.

It was reported that Mueller had a team that consisted of 17 Federal prosecutors.

The fight was expected to be very difficult as many of those who would serve as allies to Trump weren’t talking.

Who were willing to speak, simply seemed to have amnesia at times.

Many wanted Mueller to bring what he knew to the table and get it over with as they felt it was bad for the Country.

“Whatever you got, finish it the hell up because this country is being torn apart,” Rep. Trey Gowdy said.

“I don’t think he’s getting in over his head,” said Solomon Wisenberg. “These things have a tendency to balloon. Yes, it may be taxing on them. No, it’s not that unusual.”

Reference was made to Paul Manafort who refused to give any information on Trump.

“It’s going to be all hands on deck when they go to the Manafort trial,” Wisenberg said.

It was a matter of wait and see when it came to what would be revealed regarding Manafort who had connections to the Russians.