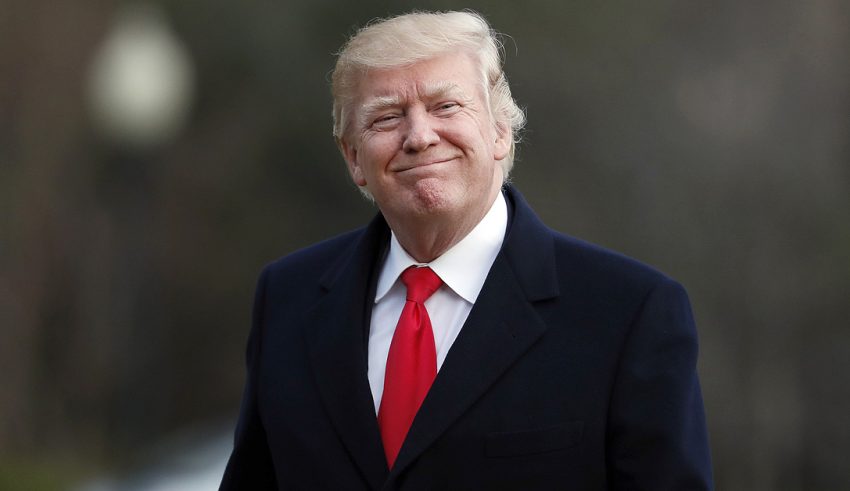 The President of America had caused chaos recently with his ideas. He wanted to see higher tariffs on aluminum and steel imports. He also warned he would implement higher tariffs on car imports from Europe if they retaliated for his tariffs on the same steel and aluminum.

This move by Trump had lawmakers in a bind as they have concerns of a trade war. It was believed that this move could cause a recession.

The President wasn’t backing down from his intention to raise the tax percentage. This was a concern for the GOP since it was likely Europe would retaliate.

“If the E.U. wants to further increase their already massive tariffs and barriers on U.S. companies doing business there, we will simply apply a Tax on their Cars which freely pour into the U.S.,” Mr. Trump wrote on Twitter. “They make it impossible for our cars (and more) to sell there. Big trade imbalance!”

Trump didn’t stop there , he continued to tweet about the ongoing possible crisis.

“The United States has an $800 Billion Dollar Yearly Trade Deficit because of our ‘very stupid’ trade deals and policies,” Trump also tweeted. Our jobs and wealth are being given to other Countries that have taken advantage of us for years. They laugh at what fools our leaders have been. No more!”

Some lawmakers tried to butter up the statements by Trump. There was tremendous concerns about what he said and intended to do.

“The President has not yet issued these tariffs,” Kevin Brady said.  “He’s been continuing to listen.”

It was even said that Trump could possibly have two personalities.

“Let’s talk about two Trumps — the Tuesday Trump and the Thursday Trump,” Graham said. “Tuesday we had a President that I was proud to golf with, call my friend.” “I don’t know where that guy went. I want him back.”

Lawmakers think that Trump messing around with tariffs was going too far. They are hoping that his stance on the issue would ease up.

“We’re all urging the President, look, continue to narrow this to these unfairly targeted products,” Brady said.

It seemed lawmakers had to find a way to change Trump’s mind. They don’t have much time so any urging must be done quickly and effectively.

The intention was to get him to think differently before he imposed any tariffs. A tall task but a necessary one since this decision could be life changing for many Americans.