John McCain Not Ready To Vote On Health Care Bill 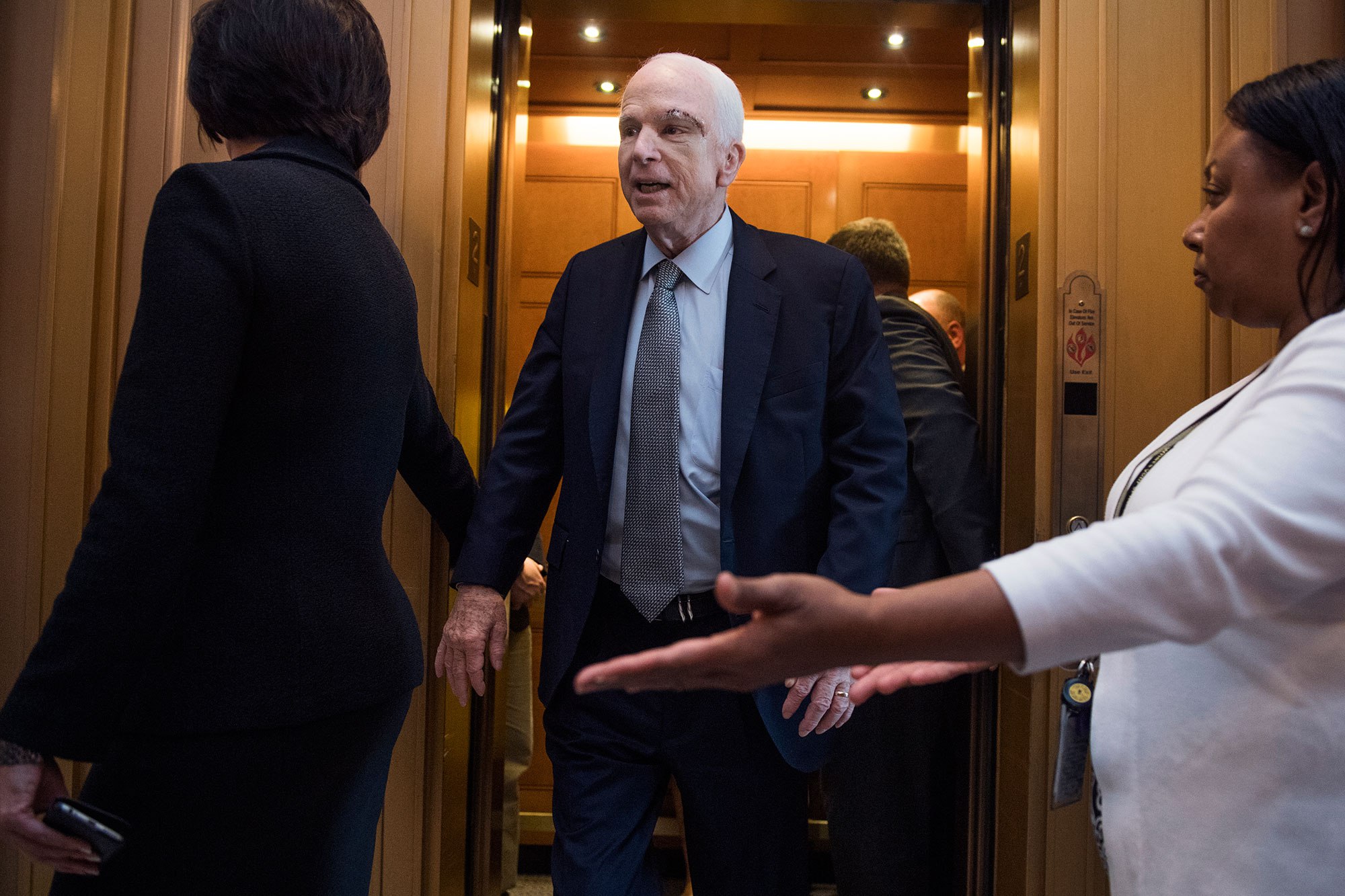 Even with his diagnosis of brain cancer, Senator John McCain showed strong resolve as he still doesn’t agree with the current health care bill. This was very evident as McCain returned to Washington to vote on the bill. His vote was an important one and allowed the motion to proceed.

McCain said “I voted for the motion to proceed. … I will not vote for this bill as it is today, It’s a shell of a bill right now. We all know that.” The health care bill is full of controversy and continues to be one that needs reform after 6 months of the new Administration.

With the motion being tied on votes, it took Vice President Mike Pence to break that tie, which allowed a debate on the current structure of the health bill as it stands.

Some Republicans didn’t vote, while none of the Democrats voted in favor of the motion. Senators Susan Collins and Lisa Murkowski voted against the motion.

McCain told the Senate nothing has been happening so far this year, and that there is a lot to be done. He urged them to let legislative procedure take precedence. Pence urged for regular order and debate on the health care bill.

The Senator who is 80 years of age says he has every intention of returning to the Senate to manage the floor. His intention is to spend some time at home to recover after his operation to remove a tumor from his brain. He said “It is an honor to serve the American people in your company.” McCain received a standing ovation from his colleagues and replied “Thank you, fellow senators.”

The health care bill tops the list of the agenda to be debated. As one of the promises Trump made in regard to health care, a new plan is still a long way off. Since McCain doesn’t approve of the current bill it means that some changes will be necessary. Those responsible for creating the legislature haven’t done a good enough job, leaving much to be desired with the current GOP health care bill.

Having McCain in favor of the bill is important, even in his current state of recovery he is still a strong voice in the Senate and that was clear as the Senate convened. McCain received a standing ovation on arrival and departure from the Senate, showing how much he was appreciated by his colleagues.

“I have every intention of returning here and giving many of you cause to regret all the nice things you said about me” said McCain as he joked with colleagues.

The only major event that the Senate was able to vote on successfully was the confirming of Neil Gorsuch to the Supreme Court. McCain asked the question, “What have we to lose by trying to work together to find those solutions?” He talked about being equal to the President and that they are not subordinates to him. Encouraging them to keep check on those in charge.

previousHow Feasible Is Donald Trump’s Vision Of The Mexico Border Wall?
nextDonald Trump vs Barack Obama – Who Gets Your Vote?
We use cookies on our website to give you the most relevant experience by remembering your preferences and repeat visits. By clicking “Accept” or continued use of site, you consent to the use of all cookies. Privacy Policy
Do not sell my personal information.
Cookie SettingsAccept and Close
Manage consent